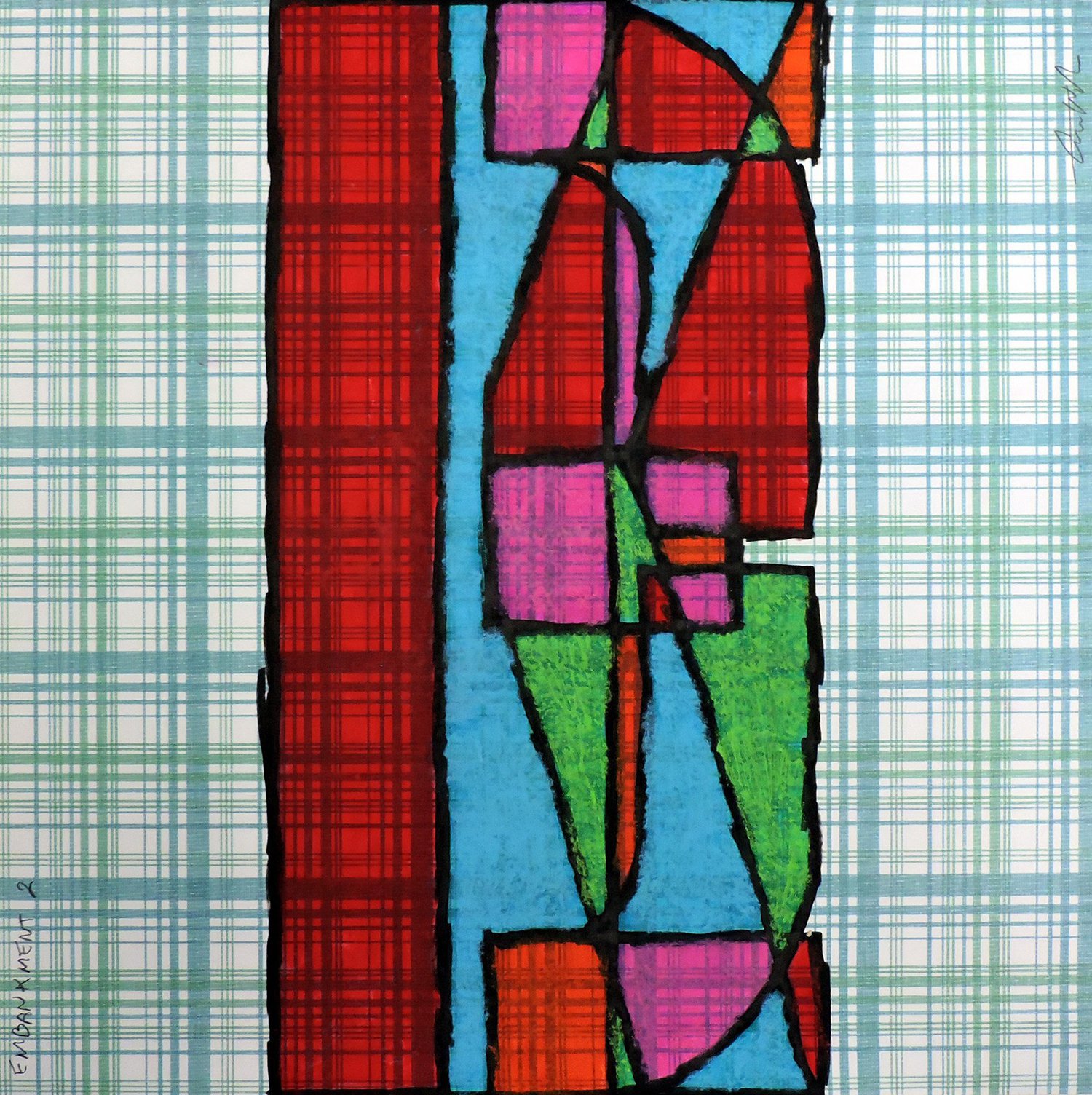 Aaron Wilder works primarily in mixed media and acrylic paint and uses color, line, and text to grab attention and provoke personal interaction with his work. Some of the more dominant themes in his artwork include international politics, political and social commentary, popular culture, contradictions, introspection, the state of humanity, gay rights, gender equality, and questioning the process of our own socialization.

Aaron defines his beliefs about the meaning of art through the term Conditionalism. The conditional tense (or mood) in languages is used to refer to a hypothetical state of affairs or to discuss what would happen under certain circumstances. Thus, a Conditionalist is one who is concerned with understanding a range of perspectives through dialogue with others who may perceive events and the world around them in different ways. Before it was appreciated for its aesthetic qualities, art (in its diverse array of expressions) was used as a way to facilitate the communication of ideas. Therefore, as a Conditionalist, he seeks to employ his work in creating a forum to celebrate art as dialogue where individuals can share their perspectives on issues in their community and across the world.

Art Enables annually exhibits work by artists living in Ward 5 of Washington, DC and this year is the second time Aaron Wilder has been featured as an exhibiting artist. Aaron’s piece “Amends One” from his Amends Series and his piece “Embankment 2” from his Expletive Series will be shown with the work of other arts from Ward 5. This will be Aaron Wilder’s last show in DC before moving to San Francisco to pursue a Master of Fine Arts degree at the San Francisco Art Institute.