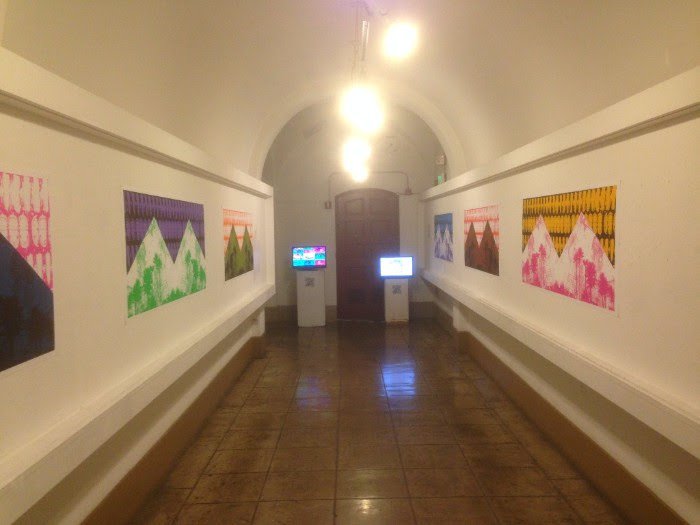 In October 2015 I collaborated with artist Miguel Novelo in an exhibition called #SurveilConsumeRepeat in the San Francisco Art Institute's Still Lights Gallery.

The show consisted of 6 prints from my Consumption series and 2 video installations by Miguel Novelo which show several eyes moving around as if they were clock faces. This collaborative show served as a commentary on surveillance and consumption-centricity of contemporary society.

Miguel Novelo uses audiovisual art as medium to explore the cognitive part of the human mind. The process of creation or discovery is a common aspect of his creative process. The experimentation and possibilities that exist in the manipulation of image and sound is central to his work.