"May You Live in Interesting Times" 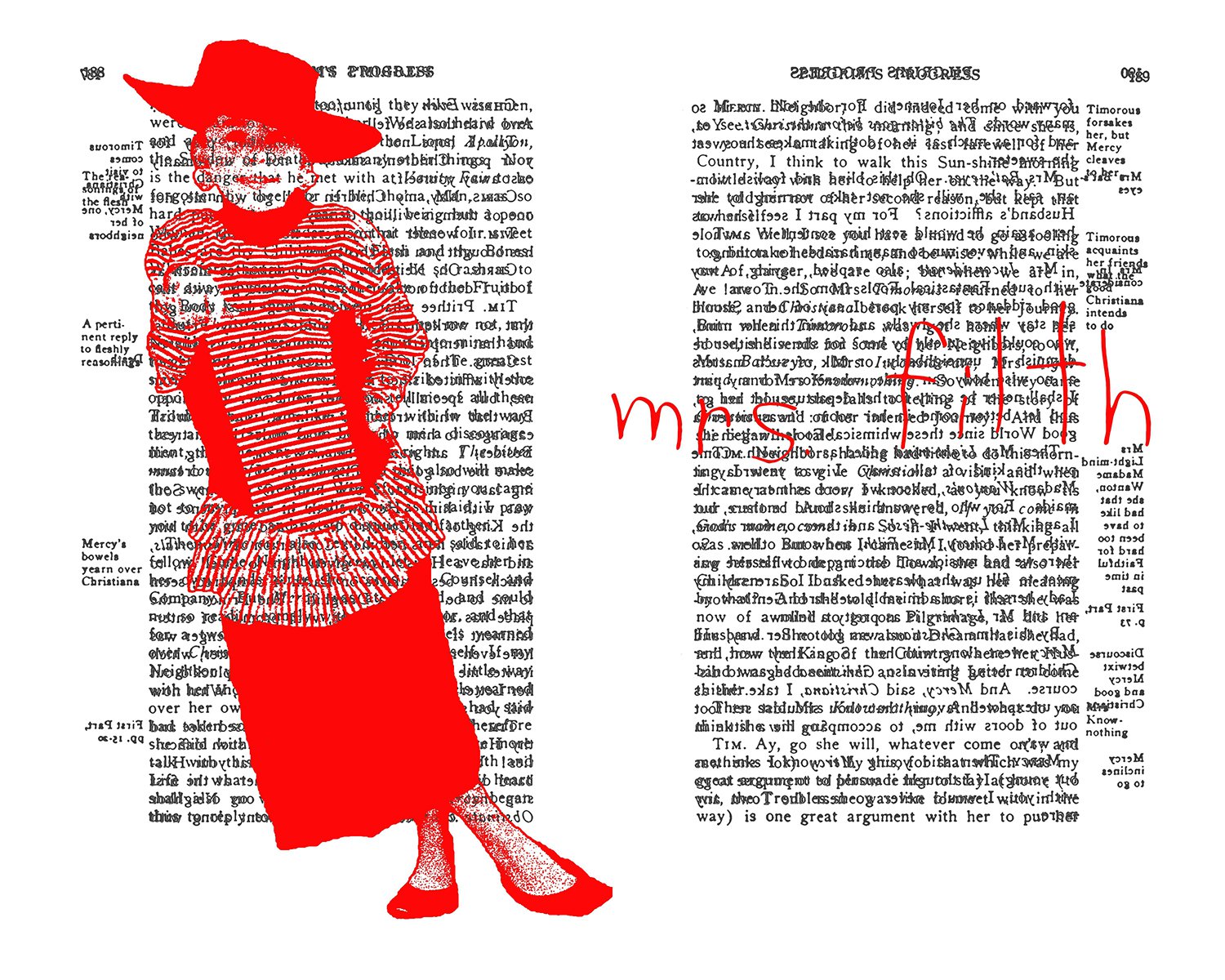 The Northern Arizona University Art Museum announces a juried exhibition to be mounted in the Spring of 2020. Open from February 4 until April 18, the exhibition, titled “May You Live in Interesting Times,” will present new works emerging within the conceptual category of the Book as Art. This exhibition will feature work focusing on significant themes derived from the issues we face here and around the world, including, but not limited to, environmental challenges, politics, immigration, race, and nationalism.

Our 2020 exhibition will embrace widely varying conceptions of the “book” created in an equally diverse range of media. The Museum is producing this event in the firm belief that, in the age of virtual media, there is still a profoundly powerful effect to be drawn from prolonged interaction with a physical artifact in a “screen-free” environment.

This exhibition features Lisa C. Tremaine as the guest co-juror, working with Dr. George Speer, Director of the NAU Art Museum. Lisa Tremaine is a Vermont native and happy Texas transplant of 15 years. She is the Director and Designer at Texas Review Press in Huntsville, a photographer, painter, and artist book maker and holds a Master’s degree from the University of New Mexico.

Work from Aaron Wilder's "Delivered Under the Similitude of a Dream" project is included in the exhibition. It revolves around deconstructed pages from John Bunyan’s 1678 book “Pilgrim’s Progress,” a heavily didactic tale of how to live your life as a Christian. Names of characters from Bunyan’s text are applied to images of the artist as a child in non-chronological order to challenge the linear focus of aging. In doing so, Wilder applies the guise of 75 characters from Bunyan’s book to himself at different points throughout childhood. This project explores the concept of layered authorship. Feelings of nostalgia for a lost childhood are uncomfortably juxtaposed to a rejection of prescribed life trajectories based on religion, morality, and other factors of social construction.

This project began as an evolving, immersive installation during Aaron Wilder’s MFA studies at the San Francisco Art Institute. Originating as an introspective spin-off of a collaborative project called Relational Archives with Zulfikar Ali Bhutto, Paula Morales, and Juan Pablo Pacheco, Delivered Under the Similitude of a Dream was a continuation of Wilder’s interest in exploring the subjectivity of an archive. Around this same time, Wilder’s family had recently sold the home he grew up in, which resulted in a need to amass, move, and review materials from his childhood. Also around this same time, Wilder found a copy of the book “Pilgrim’s Progress” in the “free” bin at the San Francisco Art Institute’s Anne Bremer Memorial Library. Since this was one of the first books Aaron Wilder remembers reading as a child, the simultaneity of re-discovering this book at a time of re-visiting his childhood memories resulted in the explorative experiment Delivered Under the Similitude of a Dream.

After a full year of successive experiments, Wilder installed Delivered Under the Similitude of a Dream in one of the brick vaults of the San Francisco Mint as his MFA thesis exhibition as part of the 2017 graduating class of the San Francisco Art Institute. Wilder completely covered the walls of this brick vault with overlapping, ripped out pages from different versions of “Pilgrim’s Progress.” Wilder then projected onto the wall-mounted pages the 75 edited images of himself throughout childhood juxtaposed to the names of 75 characters from Bunyan’s book. Along with the visual projection was an audio recording of the artist reading texts from cards and letters sent to him by a religious authority figure throughout his life. An audio recording is paired with each projected image and character name. Along with this mixed media, immersive installation was a site-specific sculpture entitled The Burden of the Knowledge of His Sin, which comprised a child’s school chair haphazardly propped up by a pile of multiple versions of “Pilgrim’s Progress” that is illuminated by a floor-standing lamp.

After graduation in 2017, Wilder created a series of 75 digital mixed media collages pairing the imagery of the installation projections with overlapping scanned texts from the version of “Pilgrim’s Progress” Wilder found as an MFA student. The title of each collage stems from the audio paired to the image projections from the installation at the San Francisco Mint. Then, in 2019 Wilder completed the conversion of this project back into book form. Northern Arizona University Art Museum’s group exhibition May You Live in Interesting Times includes the 2019 book Delivered Under the Similitude of a Dream and prints of 36 of the 75 digital mixed media collages. The book “Pilgrim’s Progress” was originally written in two sequential parts (the first being the voyage of “Christian” from the “City of Sin” to the “Celestial City” and the second being the subsequent voyage of Christian’s wife through the same route). May You Live in Interesting Times displays prints of the 36 digital collages that follow Christian’s wife’s journey.