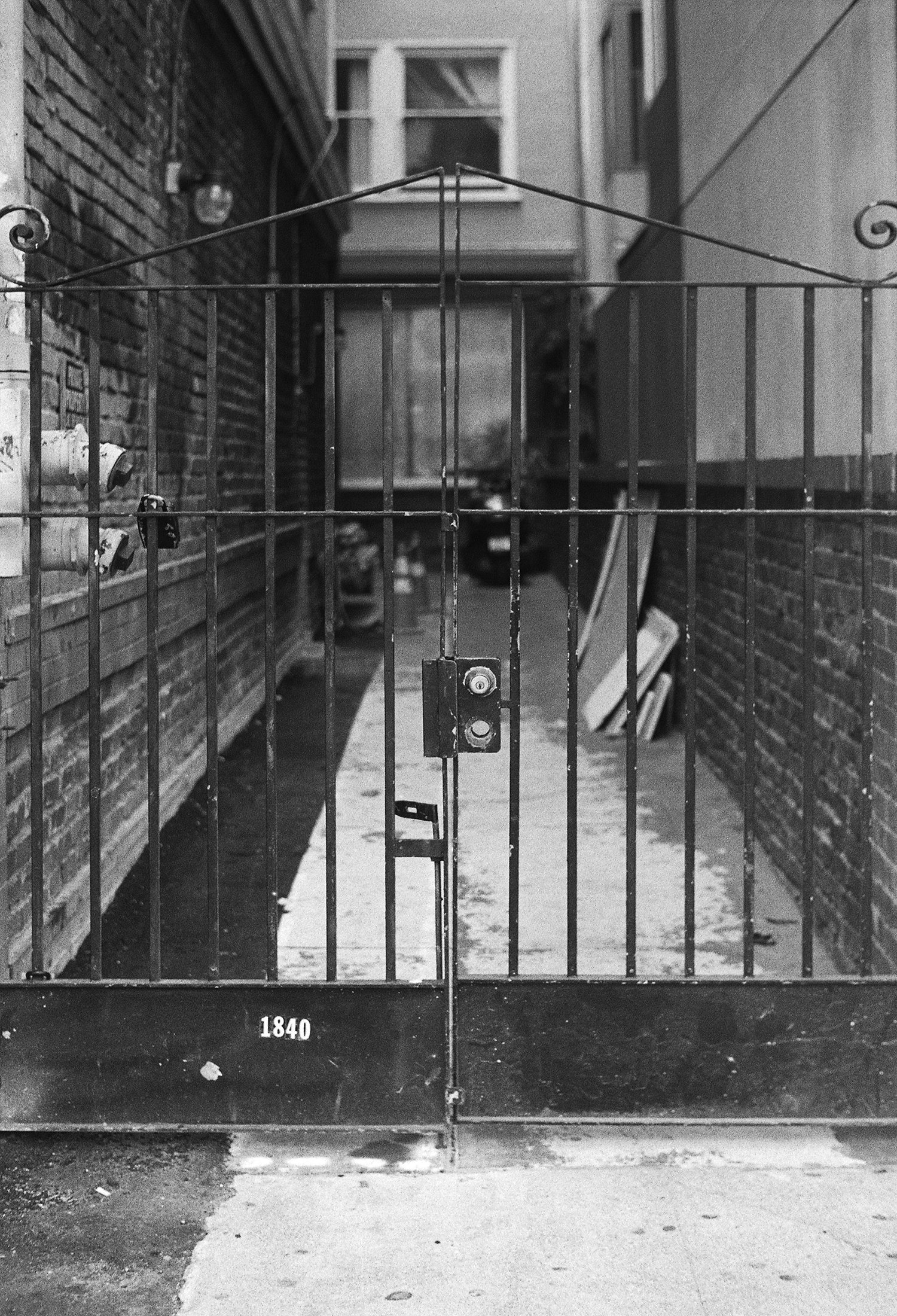 "Lab Salon" exhibits work by artists exploring new ideas and concepts that focus on activismÍ¾ whether political, social or environmental. This exhibition showcases local artists dealing with the current world issues of our current paradigm.

Work from Aaron Wilder's "Social Boundaries" project is included in the exhibition. This is an ongoing photography and installation project involving photographs of bars on doors and windows. The photographs were taken during performative walks along both sides of the official boundaries around San Francisco’s neighborhoods. This series is an inquiry into both the literal and symbolic function of these metal bars and their relationship to changing urban landscapes and the social interactions therein. Wilder's approach to this “Social Boundaries” project aims to observe and reflect upon the rapid social, cultural, and economic changes occurring in San Francisco, a city undergoing a prolonged identity crisis. Through this project Wilder seeks to draw attention to this crisis to highlight the complexities of underlying issues.

Work from Aaron Wilder's "You Have the Right to Remain Silent" project is also included in this exhibition. This project was significantly inspired by Dr. Martin Luther King's August 1963 speech "I Have a Dream" as well as by the contemporary Black Lives Matter movement. Pointing to the South as the nexus of racism in the US avoids the underlying truth that many of America's core institutions are either founded on racist principles or perpetuate structural racism and that many outside the South benefit from this structural racism. This project is an intended break or rupture of the popularly held belief in the United States that white people outside the South don’t have any responsibility for or benefit from the structural racism against black people. This project presents a deeper look at some of the underlying causes of one of the most significant issues of American contemporary culture and the mentality shift that must take place for a real break-through in social progress and local race relations.