"How to Be Looked At" 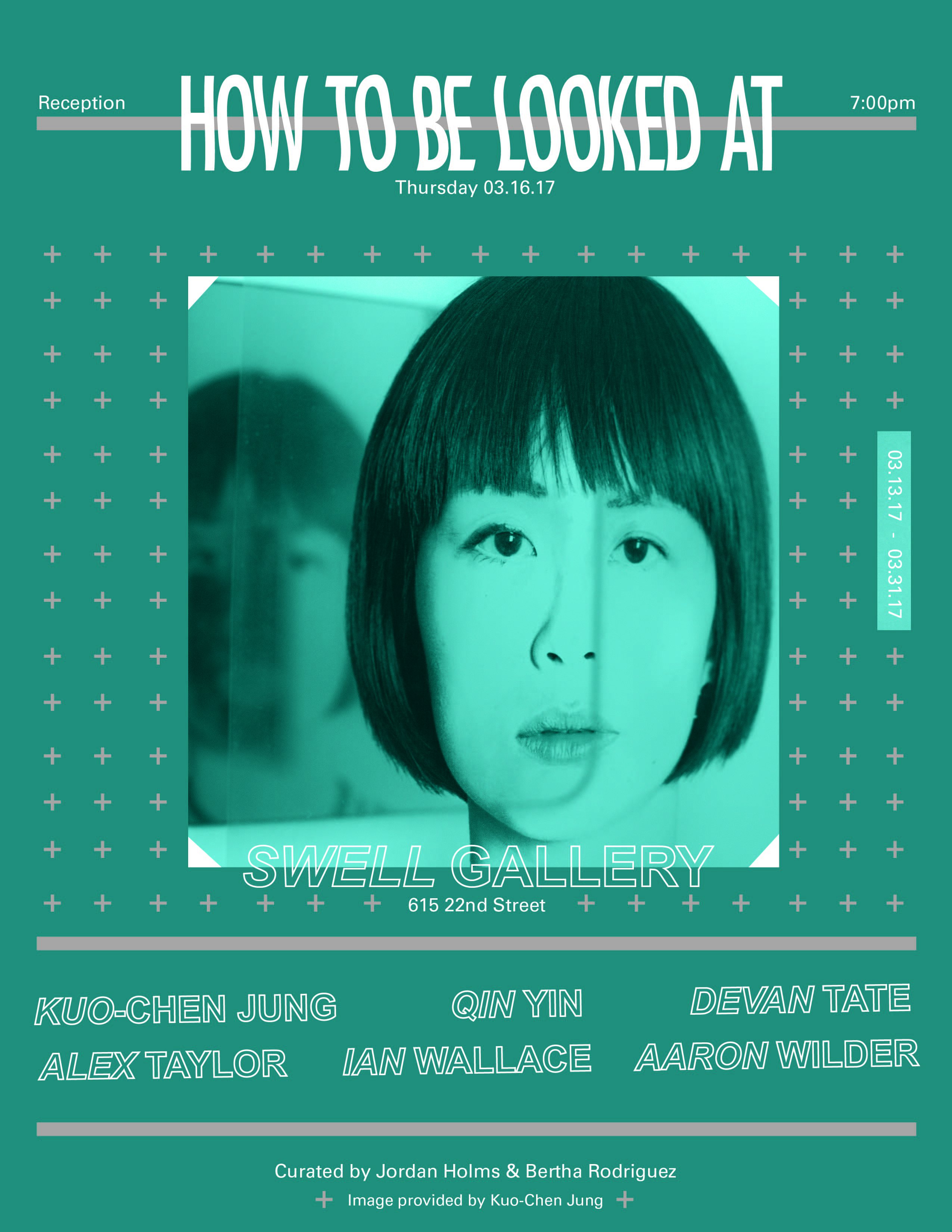 The Swell Gallery invites you to the opening reception of How To Be Looked At, a group show featuring the work of Yin Qin, Devan Tate, Alex Taylor, Kuo-Chen (Kacy) Jung, Ian Mitchell Wallace and Aaron Wilder, curated by Jordan Holms and Bertha Rodriguez. Please join us on March 16th at 7pm for food and drinks.

Bodies constitute and are constituted by performances of looking, staring, observing, gazing, glaring and scrutinizing. These acts of discernment are informed by the hegemonic structures of power and authority that we rub up against every day in both public and private arenas. What does it mean for a body to be looked at, what does it mean to look at a body? Who is allowed to be looked at, who is allowed to look? This exhibition attempts to understand what is at stake in the act of looking from the perspectives of both the object of the gaze, and the bearer of the gaze. Through varying strategies, this exhibition also emphasizes how the paradigm of looking turns on a history of eurocentric vision as a means of dictating the ways in which we visually categorize bodies. By taking up a range of subject matter such as otherness, authorship, morality, voyeurism, fetishism, eroticism, femininity, masculinity, narcissism and scopophilia, these artists attempt to reconcile the heteronormatively coded ways in which we construct identity. In an effort to deterritorialize ocular-centricity as the default maker of meaning, How To Be Looked At questions the ways in which standardized modes of looking are ingrained in a politics of representation and how this informs a western narrative of knowledge production.

Check out the artists online: