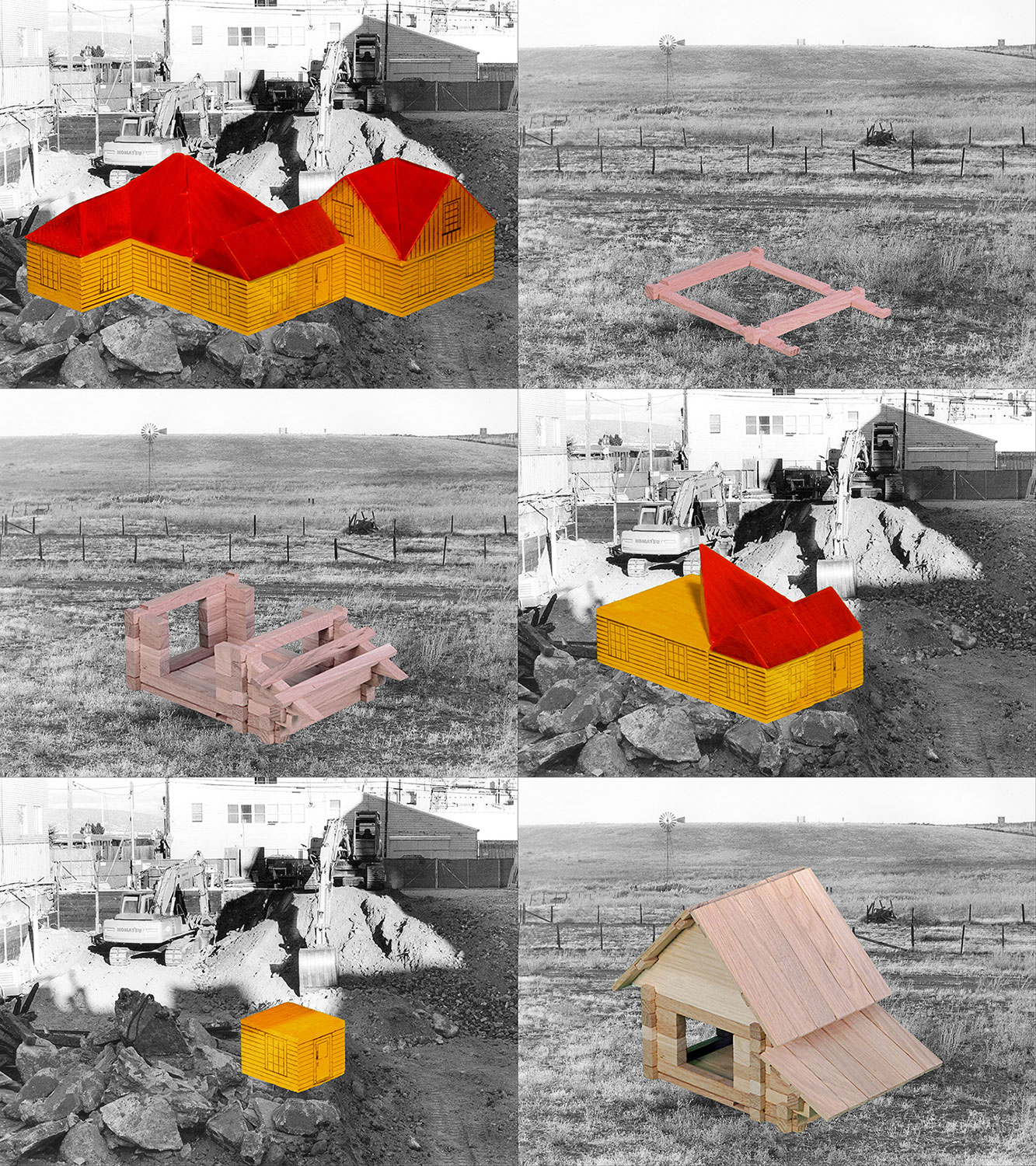 The beginning of modernity in the artistic field is marked by the introduction of a perspective vision, thanks to which the figures, within a planar space, are arranged according to an order of depth of field. The object acquires an "internal space," and with this it takes autonomy from the external space and is no longer an object in a space, but is itself the creation of its own space of representation: it becomes removable, and can be displayed in any place. The act of extracting an object/subject, isolated or inserted in imaginary spaces, imposes an evaluative approach oriented on the intrinsic meaning - and aesthetic - of what is exposed, and with it imposes questions such as "how much context is needed for us to categorize an object? How much can be taken away before an object completely loses its identity, before it truly becomes something else?".

Work from Aaron Wilder's Neither Sand nor Rock project is included in the exhibition. Neither Sand nor Rock is a series of sequential photography collages that are neither linear nor cyclical, but represent a meditation on the psychological, imaginative, and physical gaps between childhood and adulthood. Each piece mixes collages of toy building blocks at various stages of completeness or incompleteness as either Mommy's house or Daddy's house. The psyches and personalities of children are built upon the foundations of the priorities and insecurities of their parents. These priorities and insecurities are a tangled web of subjective feelings and reactions of notions of identity vis-à-vis religion, socio-economic status, gender, and countless other forces. Neither Sand nor Rock is a series focusing on the construction and deconstruction of personhood and the expectations of intersecting (and at times clashing) belief systems.

LoosenArt is an online gallery and platform dedicated to contemporary visual arts, born and based on principles of contemporaneity, the very same principles in which contact, connection and exchange are prerogatives of a cultural evolution supported by a technology that is the expression of an interest to find new channels to relate freely and more directly to others, an interest to demonstrate an innate need of human contact, where meetings are always something which give rise to something else.

The LoosenArt project provides a space where art finds further support of its role, of its deeper meaning, of it being a channel through which man relates with others, with the world and reality. Being in contact with all of this, means being linked, feeling and grasping what is originated from all reality, so it also means feeling what today we perceive as an emergency, that need to answer and to measure. Due to this reason LoosenArt supports some organizations engaged in the field of environmental protection.

The LoosenArt Gallery Artwork offers are not covered by commercial logic widespread in the contemporary art system, where the value of the same artwork reflects the costs to possess it. Our offers are the expression of an interest to reach a common goal, that both the gallery and its artists share. A value, which even more importantly, can be traced in the recognition of a principle rooted in the natural urge to communicate and participate, in response to that innate need for meeting others.