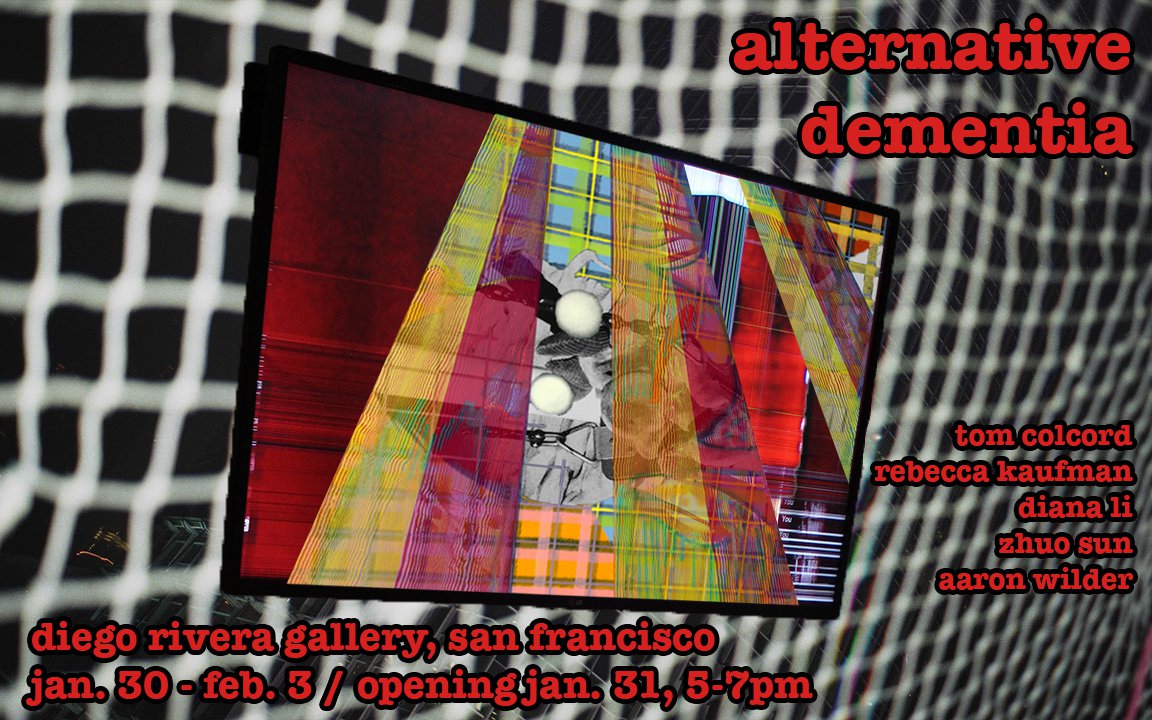 Through a visual and sonic echo of glitches, waves, patterns and blurs, Alternative Dementia features artwork manipulating space and time to replicate the fantastical fissure between memory and reality.  Participating in a rigorous practice of memory loss, these artists disorient constructed notions of our temporal and spatial subjectivities, where past, present and future collapse into alternative universes.  With the digital, augmented and virtual age taking hold of our momentary afterlives, its compulsive human motion and consumption lead to the hastening of an agential deterioration.  Such agency is vastly interwoven with simulacra always already referential to scenes that may or may not be real.

The unprogrammed media in the show, such as painting, analog photography and orphaned technology, defy the highly processed information of our contemporary landscape.  Existing within its own network of historical fissures, the Diego Rivera Gallery is a fitting and relevant host for viewers to experience Alternative Dementia. The exhibition is a collaborative project blurring the boundaries between the artistic practices and works of Tom Colcord, Rebecca Kaufman, Diana Li, Zhuo Sun, and Aaron Wilder.